Raising the Back Bar’s return was triumphant – read on to find out what went on.

9 May 2022 saw the RSA Vaults on John Adam Street in London filled with bartenders, buyers, influencers, journalists and drinks experts, all there to taste their way through some of the best products in the Speciality Drinks portfolio. 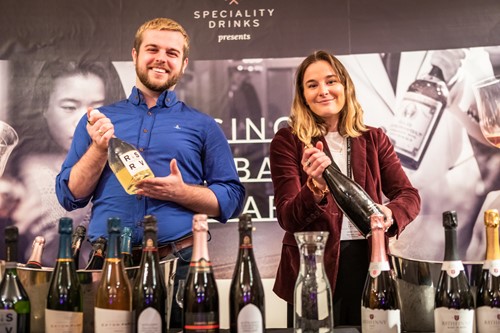 While the more traditional categories had the expected queues (and impromptu group toasts from Speciality Drinks head buyer Dawn Davies on the rum stand), it was English sparkling wine, fruit spirits and Japanese drinks that turned the most heads – categories that many have started to explore, but with much more depth and availability than most realised. 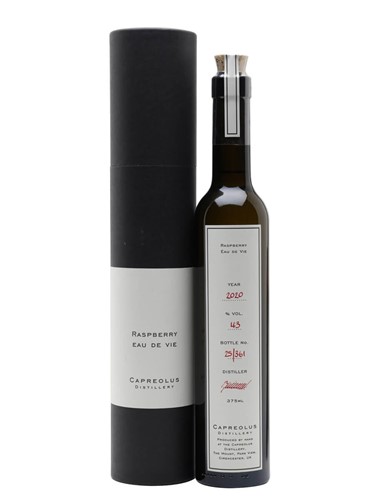 The star of the show – as voted on by attendees – was Capreolus Raspberry Eau-de-Vie, an excellent fruit spirit crafted in tiny batches by Barney Wilczak in his Cotswolds distillery. It uses between 24 and 30kg of hand-selected and -cleaned fruit per litre of spirit, all pored over by Barney before fermentation using only the raspberries' natural sugars. The distillation is slow and the spirit is rested before bottling to ensure that it has mellowed and that the fruit flavours are paramount.

The result is a mind-blowing spirit that shows quite what is possible in the world of fruit spirits – we are very proud to not only have it as our spirit of the day but also as a product in a world-beating portfolio. 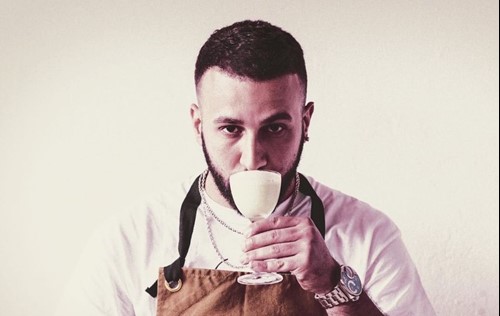 Also, congratulations to Lorenzo Gavelli (above) – bar manager at Disrepute – winner of our prize draw. He not only had his entry pulled out of the hat, but also chose the Capreolus Raspberry Eau-de-Vie as his favourite of the day. 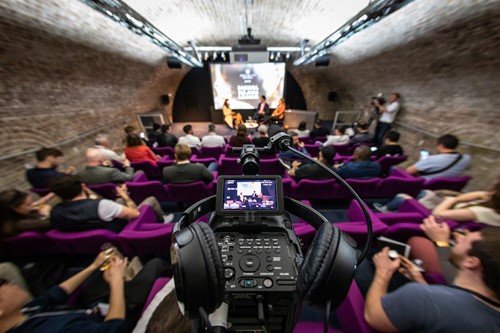 The cornerstone of the show was the three masterclasses, diving into English whisky, old and rare spirits, and sustainability in the drinks industry. There are in depth intros to them here on the site and video will soon follow, but in the meantime the drinks we tried deserve special mention.

We kicked off the day with a look at the work of the Alex Wolpert's East London Liquor Company and their new rye whisky. This was contrasted against Spirit of Yorkshire's Double oak – a traditional single malt whisky presented by whisky director Joe Clark. The two distilleries could not be more different, with the former sat in the urban environment of east London and the later split across a farm and purpose-built distillery on the Yorkshire coast. We wrapped up with The Lakes Whiskymaker's Reserve #5, the follow-up to the World Whiskies Awards Best Single Malt 2022, #4. As a contrast to the ELLC and Spirit of Yorkshire approach of starting the design of a whisky from the grain, Dhavall Ghandi works backwards from the cask-influences flavours, creating spirit that will compliment them rather than the other way around. 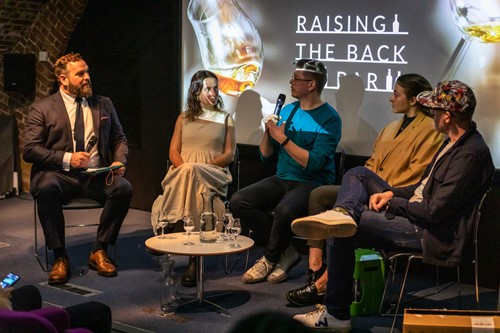 Next up was a discussion of the place of old and rare spirits on the back bar. Speciality Drinks sales director Jen Baernreuther was joined by Whisky.Auction director Isabel Graham-Yooll and Scott Green from 5 Hertford Street and Oswald's to dissect the market and do a comparative tasting of William Grant & Sons' blended whisky – one bottle from the present and one bottled back in the 1950s. They were quite different, and it's this difference, wherever it may arise from, that is pushing consumers to seek out old and rare spirits.

We wrapped up with our largest panel. Sales manager Eddy Renner led Tim Etherington-Judge of Avallen, Calum Fraser of William Grant and Sons, Louisa Dodd of The Sustainable Restaurant Association and Eve Mignot from ecoSPIRITS through a variety of aspects of sustainability and how we might do better at them in the industry. Alongside this, we tried Discarded Chardonnay Vodka, made using the byproducts of winemaking and dealcoholisation. With reducing waste such a key aspect of sustainability, especially where bars are concerned, it was the perfect product to end the seminar track.

With any such event, there are reams of thanks that must be given. First we have our teams from Speciality Drinks and The Whisky Exchange who designed, built, set up and broke down the show as well as manned the stands and shared their knowledge with the attendees – for many their first show since the beginning of the pandemic. 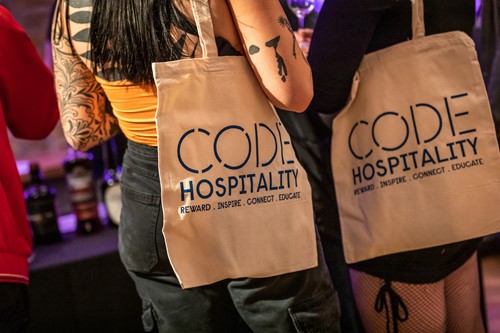 Next, we have CODE Hospitality, who were there explaining their mission of connecting, inspiring and rewarding the people of hospitality, and giving away free memberships for all attendees. Along with them, we'd like to thank all of our brand partners, without who the show would not be possible.

And finally, we'd like to thank all of our customers, whether they could make it along or not. Ensuring we can supply them the finest spirits is the reason for the existence of Speciality Drinks and events like Raising the Back Bar would not exist without them.

We'll see you at the next one – Raising the Back Bar 2023 planning has already begun.