The Rise of English Whisky

English whisky? Is that even a thing? It is and it's on the rise...

For many people, the concept of English whisky is unknown. Within the British Isles, Ireland and Scotland are the best known distiller nations, but alongside the emergence of Wales as a producer, English whisky has been slowly building since 2006. The past few years have seen a sudden explosion of English whisky makers, but how did we get here?

Back in the early 2000s, James Nelstrop – a Norfolk farmer – decided to retire after an eventful life of world travel and agriculture. Not one to rest on his laurels, he looked for a project to keep himself entertained and began to investigate whisky making with his son Andrew. They quickly hit up against the laws of the time, which restricted the size of stills – they had to be above a certain size. This scuppered their plans of small distillery at the end of the garden, but unphased, they started to plan something a little larger.

In 2006, the Nelstrop’s English Whisky Company opened its doors, the first British whisky distillery in about a hundred years. It was not to remain the only producer for long. Around the same time, the regulations changed to allow the use of smaller stills, and the door was opened for micro-distilleries to pop up across the country, and they inevitably began to pop. 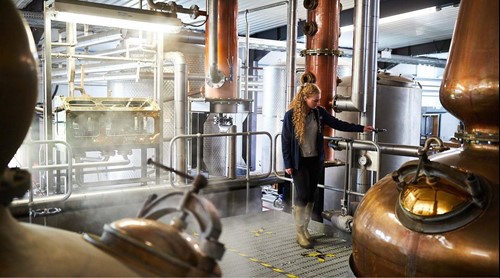 Distillation at Spirit of Yorkshire

At first the still-size tweaks heralded in a barrage of gin producers, with London-based Sipsmith leading the charge with Prudence, its German-designed pot-and-column hybrid still. As craft distillation in England grew, it was only a matter of time before producers started laying down grain spirit in casks. Brewer Adnams and the ill-fated London Distillery Company (closed in 2020) were early adopters, with a whole host of distillers of wildly differing sizes following.

We now see The Lakes, Cotswolds, Spirit of Yorkshire (makers of Filey Bay single malt), East London Liquor Company, Bimber, The Oxford Artisan Distillery, Bankhall, Copper Rivet (makers of Masthouse) and more on the shelf alongside The English Whisky Company’s wares. Younger distilleries are still nurturing their casks, waiting for the magic third birthday when the contents legally transforms from an unappealing-sounding 'spirit drink' into whisky. Others are pushing the boundaries of what whisky is, unfettered by the stricter rules found north of the border in Scotland, while others still are looking towards an official definition of English whisky and a Protected Designation of Origin. 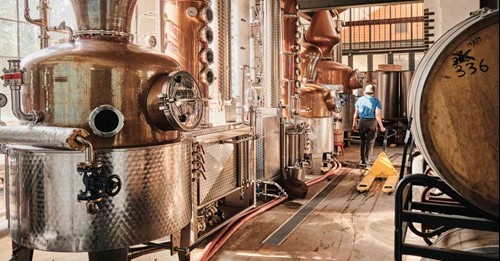 The stills at the East London Liquor Company

English whisky has entered a difficult but exciting phase of development. The coming years will see companies laying down roots and establishing reputations, and with The Lakes distillery winning World’s Best Single Malt at the World Whiskies Awards in 2022, things have started to escalate. Not all of them will make it, as we’ve already seen, but those that do will make sure we have great tasting English whisky for years to come.

To learn more about the past, present and future of English whisky, join us at Raising the Back Bar on 9 May 2022 for South of the Border: The Rise of English whisky. We will be joined by The Lakes master blender Dhavall Ghandi, Spirit of Yorkshire whisky director Joe Clark and East London Liquor Company founder Alex Wolpert for a discussion (and taste) of what’s next. Learn more and register now!